How to Save Millions

April 03, 2014 by ganttic
Just this week there was a story on CNN about a 14-year old, who came up with the idea on how the government could save millions. 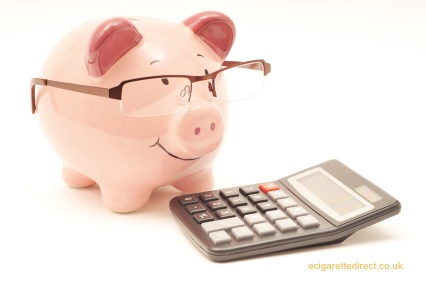 His point was simple: change the font of the text that doesn't require as much ink and you could save millions (on a governmental scale, of course).
Regardless, that got me thinking on other things and ways to save money.

Some emails have this notification in their footer stating something like "save the environment, don't print this email". Have you noticed this? Well, besides saving the environment - which is a very timely topic by the way - not printing an email might save your wallet as well.

Besides many tricks on how to print smarter as of 2010, around 294 billion emails are sent. Globally. Every day! Now, if we were to consider that only 1% of them are printed for archiving, legal reasons or because someone has trouble keeping things memorized, we'd get that 29.4 billion emails are printed on a daily basis around the world. Can imagine how much money could be spent? It's simply amazing. I do agree that one organization is hardly enough to make a global impact, but then again - the change has to start from somewhere.
Take a look around at the office: count the emails printed in one day, multiply it by 260 (work days in a year), multiply that with the cost of paper and you're done. In addition: have you noticed that most of us only use one side of the paper to print? Doesn't that mean, that we're wasting 50% of it?

In my own personal opinion, freeware a.k.a. free software is very much undervalued. Granted, there is a bunch of specialized software that simply do not have a free version of it, but when it comes to common office software or apps for that matter, there is a lot of free stuff to choose from. Just google "free {software_name}", find the one you like and you're good to go. As there is a wide variety of stuff that is both, for desktops (downloadable) and in the cloud (online), it shouldn't be too hard to find something for your liking. You could even go as far as to install new operation systems (OS's) on your computer, making paying for licenses a thing of the past.
And why just do it on your personal computer? Why not in your entire computer park at the office, for example. If you feel guilty about it, you could pay some "good will" money to the developers or make a one-time donation, leaving everybody happy, not to mention the fact, that the world is slowly, but firmly, moving towards free software anyway.